Le Marche is a region along the Adriatic coast, where wonderful large beaches alternate with beautiful steep cliffs. History also shows that various civilizations have put their mark on this region: 500 impressive town-squares, 106 castles, 15 fortresses and 170 fortifications, 24 excavations and 71 historic theatres, of which 42 are still being used. And of course there are thousands of churches, 200 of which are in Roman style. A logical consequence of history, since Le Marche belonged to the Vatican for almost 10 centuries.

The small villages in the hills have obviously kept their own traditions. You will enjoy yourself everywhere! The sloping hills offer wonderful panoramas. The great variety in flora and the typical fauna make this region so unique. The cities of Urbino and Pesaro in the north, but also Macerata and Ascoli Piceno more to the south, with their winding alleys, cosy squares and old churches are absolutely worth a visit.

In spite of the presence of so many places of interest, this region has still not been discovered by mass tourism and that is what makes it worth visiting. 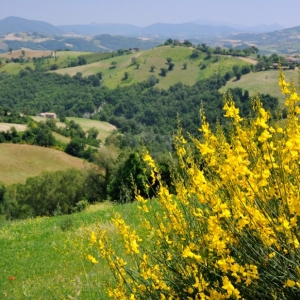 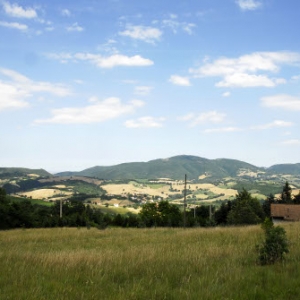 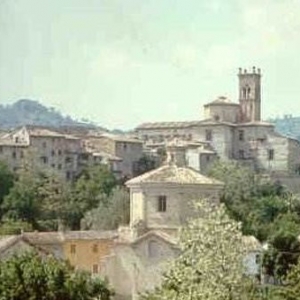 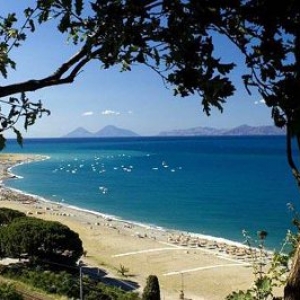 So much to see… so much to do!

Not far from Casa Tartufo you will find the towns of Gubbio, actually just inside the province of Umbria, Fano, an old and important fishing port, and Senigallia, famous for its 13 kilometre long golden sandy beach. Do not forget Pergola with the museum of the Gilded Bronze Statues from the Roman period.

The coastal resort of Rimini can be reached in about 70 minutes by car and has one of the most famous beaches on the Adriatic coast. Monte Conero is splendid, but you can also go for long walks on Monte Catria and Monte Cucco. The Frasassi caves are an absolute must! They include the awesome Grotta Grande del Vento, Europe’s largest single cavern, so vast that Milan Cathedral would fit comfortably inside, and some of the most extravagantly fanciful stalagmites and stalactites you are ever likely to see.